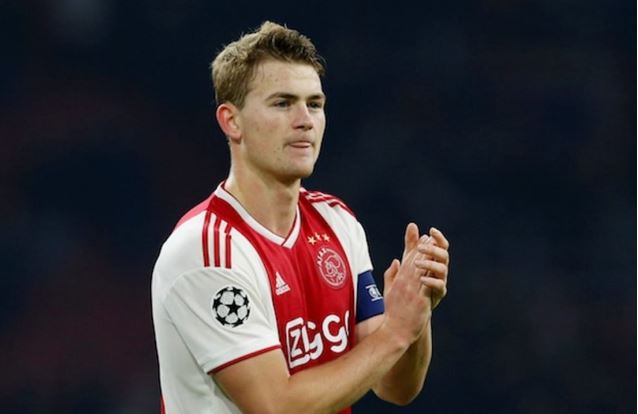 Barcelona president, Josep Bartomeu, appeared to open the door to a dramatic late capture of Ajax defender, Matthijs de Ligt, ahead of the presentation of his former team-mate Frenkie de Jong on Friday.

Asked about the 19-year-old centre-back he said: “I have known where De Ligt will play [next season] for a long time.

“I still know but I cannot say anything else.”

Barcelona maintain an excellent relationship with Ajax and may be able to take advantage of an apparent break down in negotiations between Juventus and the Dutch club for De Ligt.

It was reported this week, that Juve were offering €55m, which is €20m short of Ajax’ asking price.

Related  Dave Bautista Confesses: "I Will Go Broke Before I Have Another Wrestling Match"